You are here: Home → All in One Service → Military Funeral Honors 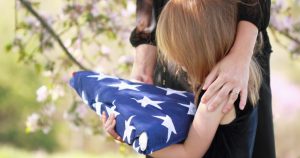 Upon the family’s request, Public Law 106-65 requires that every eligible Veteran receives a military honors ceremony. Military funeral honors have been part of the United States Armed Forces for centuries, and are one of the most honorable and thoughtful ceremonies to commemorate a former military member for their outstanding service.

The law defines that a military funeral ceremony consists of two or more uniformed military persons, with at least one being a member of the Veteran’s parent service of the armed forces.

At The Gardens of Boca Raton, our funeral director, personally takes care of all military funeral honors to guarantee the family of a U.S. veteran a dignified, honorable, and respectful funeral that lives up to their service and legacy. For military funeral honors arrangements, please call us at 561-989-9190 or contact us online to schedule a consultation.