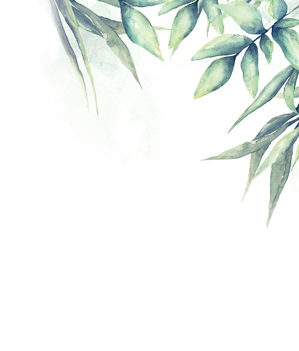 Unlike other faiths, Catholics are not assured heaven before death. They believe that in death, people are judged to go to heaven, hell, or purgatory. This is why upon death, the first person, family members call is their priest, so that he can perform the last rites, final prayers, and the ministrations preceding death. This is an essential aspect of Catholic burial customs.

Our funeral specialists are experts in understanding a variety of beliefs, cultures, and traditions, making sure to incorporate these customs into funerals and cemetery services. When planning a Catholic burial or funeral service, you and your family members can count on us to plan an honorable and traditional ceremony that lives up to the legacy left behind.

Often, when death is imminent, Catholics turn to their priest to administer special rites and Holy Communion to the dying person.

After death occurs, a priest is still needed to provide the necessary rites so the funeral planning process can begin. These same special rites are followed by the Holy Communion. Also, if there’s a known desire for the donation of organs, proceedings must start immediately. Within the Catholic Church, organ donation is somewhat of a controversial subject, although many parishes see them as a final charitable act.

As part of the funeral rites, a funeral mass is set to act as the memorial of Christ’s death and resurrection. It’s customary for the funeral mass to be celebrated on the day of the burial, however, on occasions it may be honored in some other time before the burial.

The proper setting for Mass must be a sacred place, thus excluding funeral homes or other facilities. The body of the deceased is often present for the Funeral Mass. The casket remains closed throughout the funeral and should be covered with a white pall in remembrance of the baptismal garment. An open Bible or a crucifix may also be placed on the casket.

Holding a funeral Mass is customary, but not a requirement. If the family decides that a Mass cannot be held, Catholic funeral traditions recommend the service may be held and include the funeral liturgy that would typically be held during a Mass.

The Rite of Committal occurs at the cemetery and is the last farewell. Here, the Catholic community honors the body before it is buried or entombed. The rite is often celebrated at the grave or tomb, mausoleum, columbarium, or in a cemetery committal chapel accompanied by mourners and the priest.

To make the gravesite a sacred place for the deceased, the priest or deacon will bless the place through the prayers and Holy water before the body or remains are placed. After the site is blessed, the body is then committed to the earth, followed by more prayers and a recital of the Lord’s Prayer by everyone present.

For years, the Church solely followed the practice of burials or entombments after death. This expresses respect for the human body as a member of Christ and faith in the resurrection of the body, much like Christ’s burial. However, in the early 1960s, the Church began adjusting burial customs to include cremation for Catholics, and by 2016, the pope updated the guidelines to allow cremation entirely.

However, under Catholic cremation customs, the cremated remains should never be scattered. They must be placed in a worthy container and be either buried or inurned in a columbarium niche. Finally, the Rite of Committal is also performed at the columbarium for cremated remains. A priest is in charge of making sure the interment site remains a sacred place. The rite is often celebrated at the site and includes the same traditions.

Non-Catholics should adhere to the same etiquette they would for any funeral. Be respectful and aware that during the Mass when the sacrament of the Holy Eucharist or Holy Communion takes place, as a non-Catholic you won’t participate in communion. However, you may join in the singing of the hymns, and stand or kneel when others do.

The Gardens of Boca Raton funeral specialists caters to a variety of cultures and traditions, including Catholic cemetery services. From the Catholic vigil service to the burial, our caring specialists will help you and your family plan a ceremony that honors the Catholic traditions that mean so much to your family. Contact The Gardens of Boca Raton to discuss the options for planning a Catholic burial for you or your loved one.