4 Tips For Putting Together Funeral Announcements 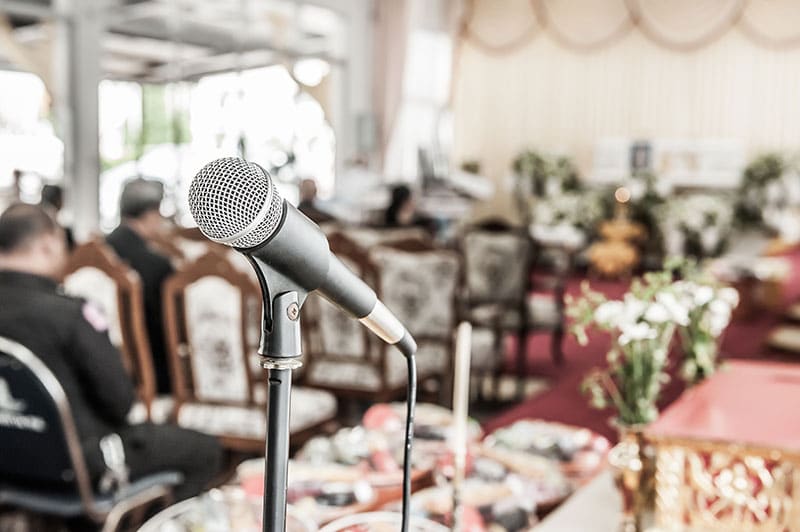 Whether you are writing funeral announcements on cards to send to family and friends or you are writing an obituary to place in your local newspaper, it’s a completely unfamiliar process to write about a loved one or family member that has died.

It’s an important task someone usually must take care of after someone dies, but it is difficult because we normally don’t have a lot of time to think out all the things we’d like to say. Plus, we’re still grieving ourselves, which changes how we concentrate on writing something out.

Funeral announcements can be formal or informal in the way that you write them, but letting people know about the death of a friend is a considerate thing to do. So we’re going to share with you some tips for tackling such a task.

Generally, you can follow these four tips to cover every base when you decide to write an announcement letting the family and friends of a loved one know about their passing.

Things You Must Include

Obviously, you need to include their whole name and any associated nicknames or titles they might have been known by. Including a woman’s maiden name is a wise decision, too. Mention which city they lived in, and who their surviving family members are. Finally, if it’s a public funeral, make sure you mention that, announcing where the funeral will be held, and at which time.

Optional Things You Can Include

Here you can mention where the person was born or where they grew up, and where they worked. You can include the names of more than just their immediate family here, too, like their cousins, aunts or uncles. Having a picture of the deceased is a nice touch, as well, allowing people to confirm.

If you’re writing a funeral announcement that you plan to post in a newspaper, then you are likely limited in the amount of words, space and length you can use, and it lends itself to more of a formal way of writing the obituary. For a newspaper, try to be concise, without flowery words, and think about it in a journalistic sense, answering the questions of who, what, when, where and why. Who died, leaving which members behind? When did they die and when is the funeral? Where will the funeral take place? The “why” question could be an answer to how they died, or even a description of whether it was sudden or a peaceful death. But the “why” question is definitely not a mandatory piece to add to an obituary.

For a less formal funeral announcement, like on a card for their family and friends, then you can use more descriptors in your choice of words. By that, we mean describing some personality traits, where he/she worked, and what were some of their hobbies or interests?

Talk With the Funeral Home

Check with the funeral home to confirm what you’re putting in the announcement, and to allow them a chance to advise you on what else you can add that would be helpful to readers.

If one of your friends or family members died in the South Florida area, and you need help planning the funeral or maybe you have more questions about writing funeral announcements. Call The Gardens of Boca Raton Cemetery & Funeral Services at (561) 989-9190, or visit our offices at 4103 N. Military Trail, just north of NW 40th Street, and west of I-95.

What Type of Funeral Service Should I Have?

Types of Funeral Services Planning what type of funeral service you should have is a relatively strange exercise because it’s like you’re planning a get-together in your honor that you know you won’t get to attend. However, leaving a well-detailed plan for your funeral service for your family will alleviating them of making difficult decisions… View Article 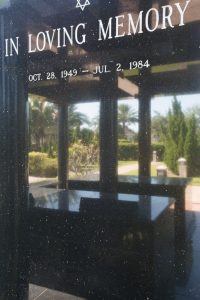 Planning a Celebration of Life For Your Loved One

Life Celebrations Many times, a person will make it known before they die that they prefer their funeral to be a celebration of life rather than a time of sadness and mourning. Even if the person doesn’t make that choice known, a family might choose to have such a celebration of life for the loss… View Article 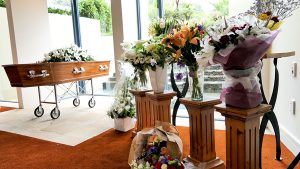 7 Ways to Personalize a Funeral for a Loved One

Personalize Funerals When a loved one dies, we all want to do everything within our power to create a wonderful memorial to their life, but in many cases, it’s difficult to be creative while grieving their loss. The Gardens of Boca Raton – Cemetery & Chapel specializes in making funerals personal, helping loved ones left… View Article