Attending a Jewish Funeral For the First Time?

Attending a Jewish Funeral for The First Time 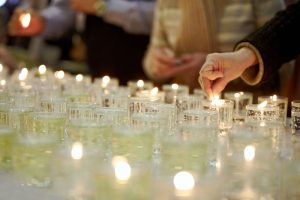 When we find out a loved one has died, and we want to go pay our respects to them at a funeral, we’re often dealing with sadness and grief. So when we realize it’s a funeral for a religion, we might not be familiar with, there’s a certain amount of anxiety that hits us because we don’t know what to expect.

For those wondering what they need to know about attending a Jewish funeral for the first time, we’re going to alleviate that anxiety, and help you understand what to expect.

Whether you are a Christian, Muslim, another religion, or not religious at all, you might be concerned about what happens at a Jewish funeral – but put those concerns behind you. There’s little that will surprise you, and the ceremony is relatively low-key, with prayers read by a rabbi, and possibly some words spoken by family and friends. Some of these prayers are repeated by the Jewish attendees.

There aren’t many things required from those that attend a Jewish funeral, but here are some of the major details you should know about as you go to pay your last respects to your loved one.

As with any other religion, the Jewish faith has some do’s and don’ts when it comes to holding a funeral service. To save you and the family some embarrassment, these are the most common questions people have when attending a Jewish funeral for the first time, and other things you should know about this faith customs.

Is against Jewish funeral customs. Some believe it’s because flowers are an attempt to make something prettier when the death of a friend is a reality that should be faced, rather than decorated. This is also why you likely won’t see a fancy or decorated casket.

Often, men in attendance wear a dark yarmulke, a skullcap worn by Jewish men during prayer. If you don’t have one, they are usually provided. If you choose not to wear one, it’s unlikely it would be an issue.

It is very common to have a closed casket. It is considered inappropriate to look at the dead in the Jewish faith.

A Jewish funeral is a low-key event, and attendees should observe that, by whispering, and not taking this occasion as an excuse to catch up with friends. Make arrangements to do so afterward, of course, but at the funeral, pay your respects to the family by trying to be quiet.

A “Shiva,” which is a seven-day mourning period that can follow a burial, is a time period where relatives typically mourn at their home. If you go to visit a mourner while they are “sitting Shiva,” then consider that this is not a social visit.

If you plan on visiting the Shiva, make sure you do only during the hours announced. Let the mourners do most of the talking and speak first, and when people start to leave, you need to leave as well.

7. The Washing of Hands

Washing your hands before entering a home is customary after leaving a funeral so you may see faucets or cups outside of the funeral home or the cemetery. When you are done rinsing your hands with the water, turn the cup upside down – don’t pass the remaining water back to the next person.

While there are definitely some customs observed, a person attending a Jewish funeral for the first time should not be concerned enough to stay away. Family members and friends understand that this might be the first Jewish funeral for someone, and you won’t be judged if you don’t know what to do. As long as you show respect, be quiet and let the funeral happen without issue, then the family will consider your presence a blessing on the funeral.

The Gardens at Boca Raton Cemetery and Funeral Services have many Jewish funerals, so ask anyone who works there if you’re unsure about something at your first Jewish funeral.

There are several different denominations within Judaism, and most of them have different views concerning Jewish funeral traditions. Most of those different sects within the faith happen to believe that holiness is attained through following all the commandments and laws laid out in the Torah.

The Torah, which is the first five books of the Old Testament in the bible, is believed to have been written by Moses, and inspired to him by God.

Caring For the Dead

Death is viewed as a natural process in Judaism, and it’s usually not considered a tragedy. Autopsies are generally discouraged as a desecration of the body, but they are permitted if it can help save a life or solve a crime. Also, the body is not embalmed, and no organs can be removed, although, some believe that organ donation is permitted.

Those in the presence of the deceased must wash their hands before entering a home, even if they never touched the body, as a symbolic gesture to remove spiritual impurity.

Mourning For the Dead

There are several mourning periods, which decrease in intensity over time. These periods allow the mourner to gradually return to their normal lives.

The mourner wears a torn piece of clothing, if the deceased is a close relative. If a parent died, the son or daughter would wear the torn clothing over their heart. A prompt burial is necessary, while caring for the body and preparing it for burial is the sole responsibility of the mourning family.

After the burial, a relative or close friend prepares the first meal for the mourners, and then condolence calls are allowed.

“Shiva” begins the day after burial, and parents, children, spouses and siblings of the deceased observe this memorial in the house of the deceased, usually. Mourners don’t shave or wear makeup, and they don’t work for seven days after burial, as they grieve. Prayer services are held where the Shiva takes place, and mirrors of the house are covered.

After Shiva, “Shloshim” begins, which is when mourners don’t shave, cut their hair or listen to music for 30 days. “Shloshim,” in fact, means “thirty” in Hebrew.

Finally, “Avelut” occurs as the last period of mourning, and is only observed for the death of a parent. This period lasts a full 12 months, and mourners are to avoid parties and other celebrations during that time. The son of the deceased would also recite the Kaddish prayer every day during the first 11 months.

“Kaddish” is widely considered a mourner’s prayer, but it can also be said during other times, to help reaffirm faith after a great loss.

If you live in the South Florida area, and you have more questions or concerns about Jewish funeral traditions, please come talk to the staff at The Gardens of Boca Raton Cemetery and Funeral Services. 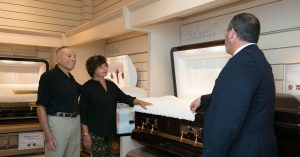 What Does a Funeral Director Do? 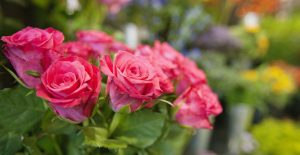 Is Sending Flowers Still Appropriate For A Funeral?

Sending Flowers Dating back centuries, people all over the world have used flowers to serve as a tribute to a lost loved one. Mourners bringing flowers for the funeral of their deceased friend or family member has become a tradition that continues to this day. But some might wonder, is this tradition still valid? Flowers… View Article 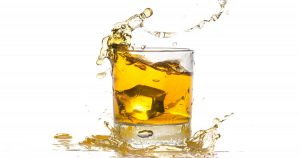 What Can We Learn From 3 Famous Celebrity Funerals?

Famous Celebrity Funerals It’s always sad when we hear about a celebrity’s death, watching the news memorialize them makes us think back to how that person — whether they were a musician, actor/actress or something else that made them famous — affected our lives. We think about how their art might have inspired us or… View Article