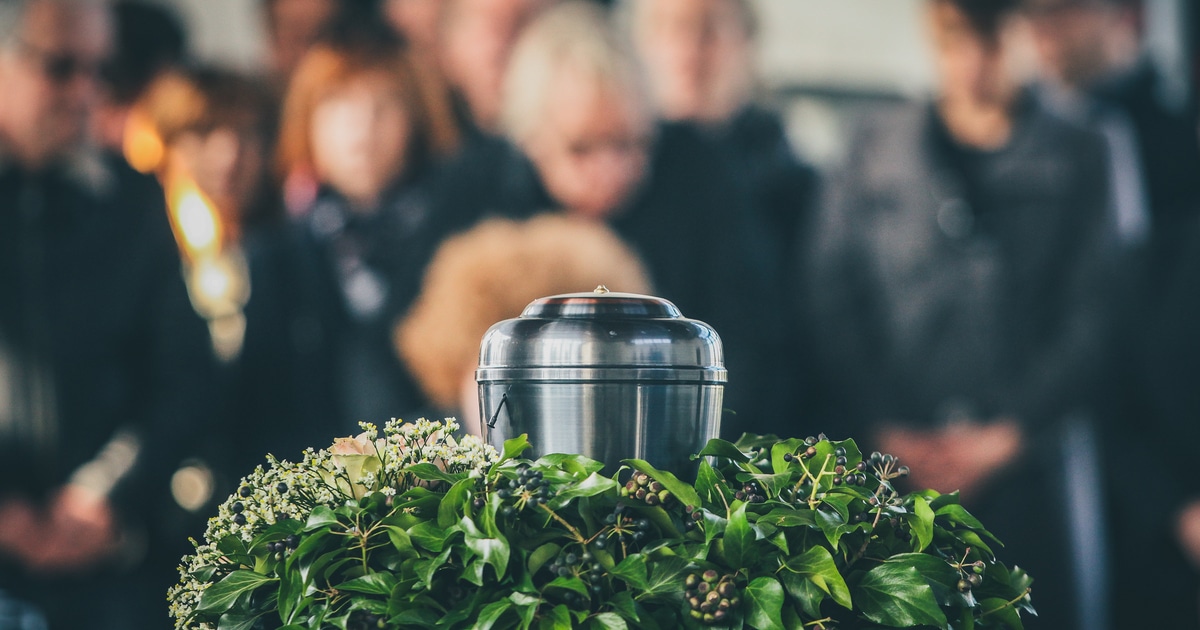 Choosing a funeral song for a memorial service is a very personal task. Often funeral songs reflect the personality of the deceased, and they serve as a way to pay tribute to your loved ones during their celebration of life. While most people choose from traditional funeral songs when it comes to planning a funeral for a loved one or yourself, there are no rules. This means sometimes families gravitate towards modern, popular funeral songs instead.

Part of Avicii’s posthumous album, this dreamy synth-driven track can be a beautiful addition to any funeral service. The lyrics talk about birth and death and how we all wish to find ourselves in heaven one day. A different take on traditional funeral songs that’s perfectly suited for a modern ceremony.

2. “In the Arms of an Angel” by Sarah McLachlan

Even though this song was released back in 1997, it still has modern vibes. An emotional song based on a heroin overdose, which is sometimes referred to as being in the “arms of the angel.” It explores the horrors of struggling with addiction and the comfort of finding comfort with those they love. This song is now a common modern funeral song.

The song is an ode to the singers’ late mother. With verses like, “You’ll never know how much I miss you, the day they took you, I wish it were me instead.” The song can be used for a mother’s funeral. The singer has expressed that writing the song felt almost like therapy. A beautiful song to pay tribute to loving mothers everywhere.

4. “One More Light” by Linkin Park

The last song recorded by longtime lead vocalist Chester Bennington. The song was written for a close friend of the band who had died of cancer. With lyrics like “there are things that we can have, but can’t keep,” it’s easy to see how this is one of the most popular funeral songs families are using for funerals. While incredibly sentimental, the song ends telling everyone that they do care if one more light goes out, referencing to the death of a loved one.

The lyrics of this song will bring tears to everyone’s eyes. With verses like “through the pain in my heart, it will always be part of me,” the song expresses how deeply we experience pain when losing someone. It also touches on hope, mentioning how even with that deep pain, you’ll be able to go on and that no matter what, you and your loved one will never be apart.

The song was written for the singer’s late grandmother. Sheeran mentioned his grandmother was in a hospital near the house where he was making his third album, which meant he could visit her a lot. When she passed, his first instinct was to pick up the guitar and write a song. He does mention the song is supposed to “really make you cry,” which it will. But it will also serve as a beautiful tribute to your grandmother.

The singer launched this song after the Orlando shooting tragedy, defining the value of life and what happens when it’s lost. Although the song is upbeat and uplifting, it’s a beautiful song to be used at a current funeral service.

Released in 2000 this song is still a popular modern funeral song. The singer has mentioned in the past the song was meant to reference the hope someone sees when seeing a child. This is probably why the song has also been chosen for children funeral services in the past. It’s all about hoping your children will have no fear and dance.

A beautiful song that talks about someone’s time on earth. With verses like “I was here, I lived, I loved, I was here, I did, I’ve done everything that I wanted,” it’s a breathtaking song to play at a funeral. Celebrate the life of their loved ones and the way they choose to live it with this emotional song.

10. “A Thousand Years” by Christina Perri

Initially written for the love affair between the lead characters from the Twilight Saga, this love song talks about time standing still. A beautiful love song to play at your loved one’s funeral service that talks about eternal love and companionship.

Choosing the best songs for funerals is a deeply personal task and you should talk it over with your family members. Whether you’re pre-planning your funeral arrangements or planning for a loved one, our funeral director can help your family choose the right song to commemorate the life of your loved one. For more traditional songs, take a look at our funeral songs list.