What is a Yizkor?

Posted by Marshall Jacobs in Traditions

What Is a Yizkor? 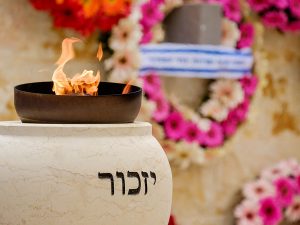 Many religions have different traditions when it comes to honoring or memorializing the dead. If you’re not of the Jewish faith, you might wonder, “What is a Yizkor?” It’s actually a special prayer said to remember someone that has died.

What Does Yizkor Mean?

In Hebrew, the word “Yizkor” actually means “May [God] Remember,” which makes perfect sense when we’re talking about memorials for our lost loved ones. When someone refers to a Yizkor, they’re talking about a special memorial prayer for the deceased that is recited in synagogues four different times a year.

“Yizkor” is the very first word in the prayer, and “remembrance” is its basic theme. Those that are saying it are asking God to remember the souls of friends and loved ones that have died in the past.

When is Yizkor Said?

The first time the Yizkor is said is following the reading of the Torah on the eighth day of Passover. Passover is an eight-day holiday that commemorates the emancipation of 600,000 Israelites from slavery in Egypt. Angels “passed over” the homes of the Jews and destroyed the first-born of all non-Israelite households. What followed was a 40-year journey in the wilderness until the Jews finally reached the Promised Land.

The second time the Yizkor is said is the second day of Shavuot, which celebrates when God gave the Torah to the Israelites on Mount Sinai.

The Yizkor is also said on Shemini Atzeret, which is also the day of Simchat Torah. Essentially, the Shemini Atzeret celebrates the freedom of the body accompanied by awe, fear, joy, and love.

Finally, the fourth time the Yizkor prayer is said is on Yom Kippur. Yom Kippur is the holiest day of the Jewish year, and it means the “Day of Atonement.” The Yizkor memorial prayer is part of one of the five different prayer services (the Shacharit) held throughout the day, which also includes the Maariv, Musaf, Minchah, and Neilah.

The Four Parts of Yizkor

The Yizkor prayer is often recited in four parts that follow a traditional structure. However, in some congregations, they also add the Mourner’s Kaddish, which is a prayer recited for a deceased spouse, sibling, parent, or child.

Part 1: The Yizkor prayer begins with a series of readings and prayers that are chanted and recited to set the mood for the service.

Part 2: It includes paragraphs the attendees read silently recalling the deceased. These paragraphs are meant for fathers, mothers, husbands, wives, sons, daughters, other relatives or friends, and Jewish martyrs. Each one reads the appropriate paragraphs.

Part 3: At this point, the El Male Rahamim [God full of compassion] prayer is chanted. This is a memorial prayer for the deceased and is a common prayer recited at Jewish funerals.

Part 4: The Av Harahamim [Ancestor of Mercies] is recited by the congregation. This prayer is composed almost like a eulogy for all Jewish martyrs.

Both Jewish and non-Jewish often have many questions about Yizkor and the appropriate things to do during this religious event. 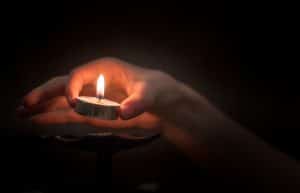 Should I Light a Memorial Candle for Yizkor?

Yes. In the Jewish faith, a memorial candle is lit at home before the fast starts on Yom Kippur. There’s no blessing recited when lighting the memorial candle, although it is appropriate to reflect upon our loved one’s memory. The candle can be placed anywhere in the home and must be lit for 24-hours.

Should I Observe Yizkor the First Year of Mourning?

While popular belief says, Yizkor should not be recited the first year of mourning, according to most authorities Yizkor can be said for parents during the first year.

What Dates Should the Yizkor Be Recited in Upcoming Years?

Here are the upcoming dates when the Yizkor will be recited. In the country of Israel, the prayers are said a day earlier than everywhere else during Passover and Shavuot.

At The Gardens of Boca Raton Cemetery & Funeral Home, we join each time the Yizkor is said to remember those who are no longer with us. Follow us on Facebook to stay updated with our Yizkor recitals. 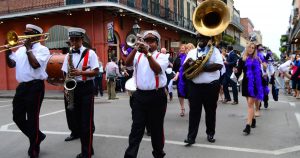 Posted by Administrator in Traditions

Posted by Marshall Jacobs in Traditions

2016 Yizkor Service Due to potential impact of Hurricane Matthew in Sth Florida over the coming days, the Annual Yizkor Service has been cancelled. For questions please call us at (561) 989-9190 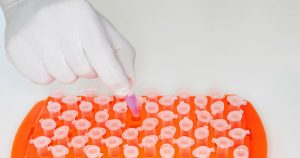 What is DNA Preservation?

DNA Preservation DNA preservation is a new memorial option for many families in the 21st century. It helps loved ones keep the genetic information of their lost loved one available forever. DNA encodes genetic information about every human on earth, including eye color, hair color, height, skin pigmentation and other physical traits. But it also… View Article