Why is a Funeral Home Better Than Having a Funeral at Home?

You are here: Home → Why is a Funeral Home Better Than Having a Funeral at Home? 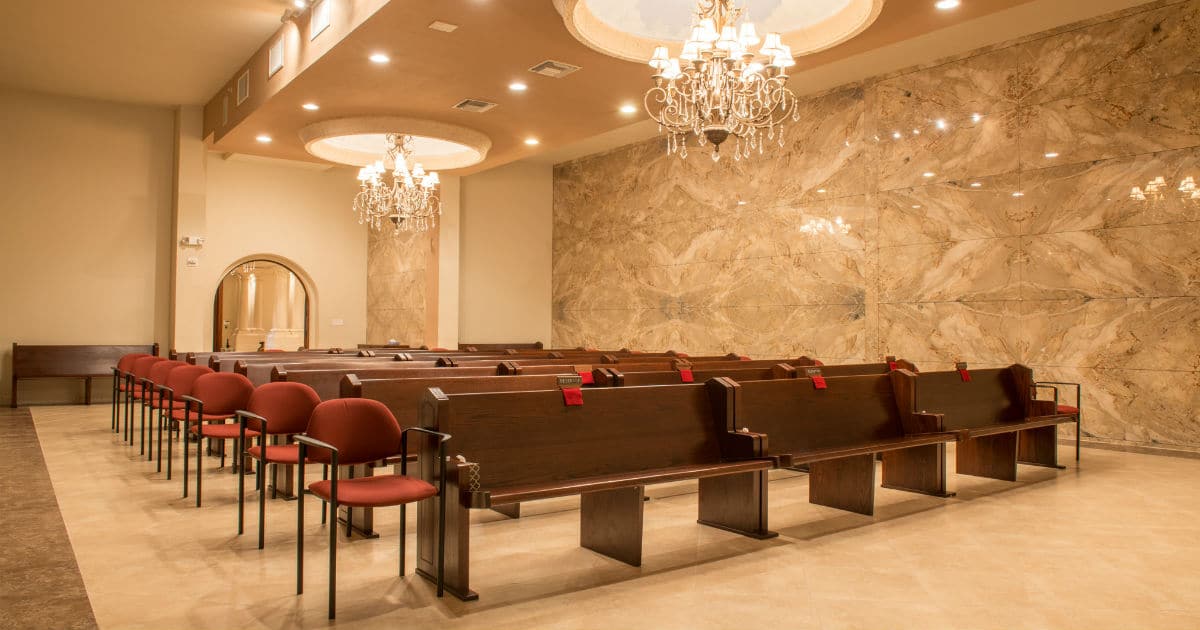 Funeral Home vs. Funerals at Home

When a loved one dies, we’re often forced to make a flurry of decisions at the worst possible time to make decisions. From dealing with their estate, to deciding on a burial plot and casket, to deciding how we want the funeral to happen.

Having a Funeral at Home, Rather Than a Funeral Home

When you have a funeral in your home, there are many things to consider, including preparing a room for the casket, preparing the house for possibly dozens or hundreds of visitors, and planning to transfer the casket to your home and then to the cemetery.

While having a funeral in your home sounds like a peaceful way to really connect with your lost loved one, there are a lot of reasons why choosing a funeral home instead makes the grieving process easier.

The cost savings of having a funeral in your home might not outweigh the other issues that arise, including the fact that you and your family would be hosting an event during one of the most difficult times in your life.

It’s important to know that not just any funeral home will do, but one that is there for you and helps your family get through this difficult process with the fewest problems. You want a funeral home that won’t pressure you to make decisions you’ll regret while you’re grieving. Once you find a funeral home that thinks about your needs first, like Boca Raton Funeral Home, then you’ll understand why choosing a funeral home is a better idea than a funeral at your home.

Having professionals that work in a funeral home help lead the event is a huge help, including having someone greet people at the door, and help them find their seats.

Funeral homes can help control how the funeral happens, meaning they’ll help with lighting, music and the overall ambiance. People have been to funeral homes before, and the quiet, peaceful surroundings make a funeral home feel like a more familiar place to say goodbye to a lost loved one.

Funeral homes have the appropriate amount of parking, so your friends and families won’t have to park in front of neighbors’ houses, or possibly get towed by parking in the wrong spot. Your neighbors won’t be put out, and you won’t risk the chances of having someone having an outdoor party at their house while you’re trying to have a funeral.

If you have any other questions about having a funeral at home or having it at a funeral home, set up a meeting with the people at The Gardens of Boca Raton Cemetery and Funeral Services, and let them answer your questions.