What To Wear To a Hindu Funeral?

What to Wear | Hindu Funerals

The Hindu religion is considered one of the most popular religions in the world, with over one billion followers worldwide. While most of the religion’s worshipers are located in India, there is a large group of people in America that follow Hindu beliefs. However, many of us still don’t have very much exposure to the Hindu religion, so when a Hindu friend or co-worker dies, and we have to attend their funeral, we want to be as respectful as possible.

Understanding the Hindu Faith and Traditions

Before we talk about what you should wear to a Hindu funeral, it would first be good to get a quick understanding of the Hindu religion. For instance, it is good to know that Hindus do believe in reincarnation. They believe death in one body also means they will soon be reborn in another body, the state of which depends on that person’s karma in their most recent life. Because of this, Hindus believe the soul does not have a beginning or end. Hindus also worship many different gods, all of which they believe came from Brahma, the main God.

At a Hindu wake, you will likely see the body laid out, dressed in white in an open casket, and flowers surrounding the body. Also, if the person that died happened to be a young woman, they may be wearing yellow, if they are married red. The body is not touched by mourners at the wake, as it has been carefully cleaned, washed and prepared ahead of time.

Colors to Wear to a Hindu Funeral

While in most cultures wearing black to a funeral is the norm, during a Hindu funeral most mourners will wear white. To the Hindu culture white means purity, and it is used to show respect to the departed and the family. It is also very common for the deceased men to be wearing white clothes when buried. Young unmarried girls are buried wearing yellow or orange, and married women will often be buried wearing red. While not all families follow these customs, wearing white to a Hindu funeral is a safe way to pay your respect to the family.

Other meaningful colors for the Hindu culture include:

Green: Represents living and life itself.

Dress Code for a Hindu Funeral

For women, wearing jewelry is acceptable. However, women often do not wear clothes or jewelry too flashy or extravagant. Open-toe shoes are relatively common at Hindu funerals, as well as wearing socks with shoes. And again, while most people wear white, this is not always mandatory. Modern Hindu families often wear soft, pastel colors to funerals.

Despite the Hindu religion having over 1 billion followers, many Americans have never experienced a funeral for a person with Hindu beliefs. So if you’re going to a Hindu funeral for the first time, you’re not alone in wondering what you should expect. Paying your respect at the funeral of a friend or family member is important, and knowing what to expect is also a smart endeavor because you want to make sure you don’t do anything that would offend anyone. And you don’t want to be surprised by something that happens at the funeral itself.

Attending a Hindu funeral in America may be slightly different. If you are close to the family, ask what type of service they will be holding for their loved ones. It is polite to ask about funeral customs to spare both discomfort and embarrassment. Some Hindu families will go ahead and hold a funeral service following their Hindu traditions. While others will adopt Western funeral traditions and customs. Understanding the type of service the family will have can help you know what to wear, what to bring to the funeral and more.

Whether you are a Jewish, Catholic, another religion or not religious at all, you might be worried about what to expect at a Hindu funeral – but after reading this article, you can put those concerns behind you.

What Do I Wear To a Hindu Funeral?
While casual clothing for men and women is relatively normal at a Hindu funeral, it’s important to know that wearing black is NOT appropriate. That’s obviously a huge difference from many Western religions, where mourners often wear black as a sign of respect. As a matter of fact, wearing white, casual clothing is more appropriate than wearing anything black or fancy. Open-toed shoes and modest jewelry is appropriate, however. For more information about Hindu funeral traditional dress please visit this link.

What Do Hindus Believe?
The Hindu religion essentially teaches that God is within each being in the universe and that the purpose of life is to become aware of that divine energy. While the physical body eventually dies, the soul passes on to another reincarnation depending on the consequences of one’s actions in their lives (karma).
If a Hindu believer has lived through many lifetimes, and the deceased has realized the true nature of reality, then the soul will become one with Braman, which is the One, all-encompassing soul.

What Happens at a Hindu Funeral?
Unlike some religions, there is always an open casket at a Hindu funeral, and mourners are expected to actually view the body. Do not touch the body, however.
A Hindu priest will oversee the occasion, but family members might also help conduct the funeral. You don’t have to be of the Hindu faith to participate in the funeral.
Interestingly, 10 days after the funeral, a ceremony is held at the home of the deceased, which helps facilitate the liberation of the soul. Visitors coming to that ceremony should bring fruit.

Using a camera at a Hindu funeral is frowned upon, as with most other religious ceremonies.

There are burials of many different types at The Gardens at Boca Raton Cemetery and Funeral Services, including Hindu funerals. So feel free to ask them about something you’re unsure of about and they’ll happily help if they can. 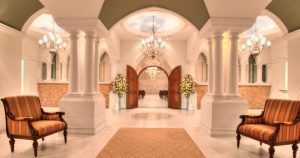 How to Write a Eulogy

Writing a Eulogy Giving a eulogy is something most of us prefer never to do because it means the recent loss of a loved one. But knowing how to write a eulogy well is a great way to convey love, respect and honor to your loved one, helping those in the audience remember their friend… View Article

7 Ways to Personalize a Funeral for a Loved One

Personalize Funerals When a loved one dies, we all want to do everything within our power to create a wonderful memorial to their life, but in many cases, it’s difficult to be creative while grieving their loss. The Gardens of Boca Raton – Cemetery & Chapel specializes in making funerals personal, helping loved ones left… View Article 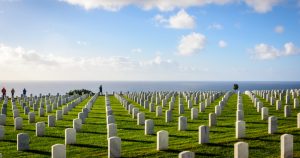 Peaceful Burial Locations Most people are not thinking about where they would want to be buried. But, taking a few minutes to consider where their final resting place should be as part of their pre-planning arrangements is imperative. These cemeteries offer authentic, beautiful, and peaceful burial locations across the United States. For years, their gorgeous… View Article